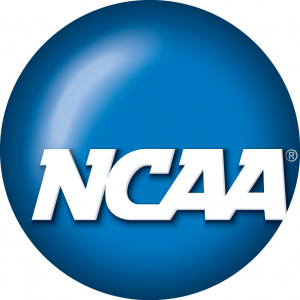 Sport is a cult within the American education system, from the very first years of school to university years. Every year, 450,000 young university students compete in 23 college sports disciplines. Many of them benefit from more than 3 billion dollars per year in scholarships for sporting merits.

Scholarships for sporting merits are a great possibility for international athletes; especially for footballers, swimmers and water polo players but also tennis players, skiers, volleyball players and fencers. You don’t need to be a phenomenon in your sport!

Who manages sports in universities in America? The National Collegiate Athletic Association (NCAA) is the non-profit organization based in Indianapolis (IN – USA) that regulates the so-called student-athletes and sports teams of almost 1300 American and Canadian universities.

Although the NCAA was founded in 1910, the current structure with the 3 Divisions has been adopted since 1973. In the following articles we will take a look at the Divisions and the Conferences within them. In the next article we will focus instead on the application for admission that is necessary to compete in the sports teams of American universities.

If you are a competitive athlete in your country, there are good chances that you can get scholarships for sports merits that will cover most of the university fee. UNI Student Advisors offers ad hoc support for athletes in any discipline and we get in contact with coaches from hundreds of American colleges. Contact us for a free consultation on your scholarship opportunities and find out more about our College Counseling and Sport Academies.