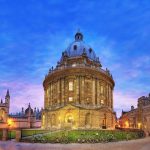 UNI Student Advisors offers a 360° service to our students, personalizing our offer and focusing on the most important activities to our students. This is exactly what we did with Filippo, which was guided by our team in the admission process to universities abroad. For Filip, we worked hard to help him choose the faculty that best reflected his interests and would allow him to maximize his chances of admission. Then, he was followed in his applications by his advisor, who spent hours on the phone with him to guide him in the preparation of the material to send along with the application. Thanks to our support, Filippo got admitted to the best university in the world according to Times: Oxford University. Basides admission, Filippo has also obtained a commitment for a scholarship starting his second year. Filippo

Filippo was admitted to Oxford, ranked #1 in the UK for undergraduate courses. We also helped Filippo seek financial aid and scholarships. He was awarded a merit-based scholarship starting from his second year of studied.
https://www.unistudentadvisors.com/testimonials/the-best-in-the-world-oxford/